Anthony (Tony) Hunting died on 10 March 2021, aged 87, after a long illness. In the 1990s Tony worked very closely with former IFSCC Secretary General Lorna Weston and Gem Bektas of the UK & Ireland SCS on the series of monographs that Micelle Press published on behalf of the IFSCC between 1993 and 2001. 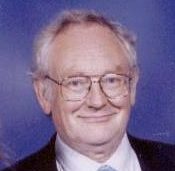 Tony acquired a wealth of experience, over some 60 years, both in the UK and US, in developing, formulating, manufacturing and marketing raw materials for the cosmetics and toiletries industries and in writing and publishing books on the function of these materials in cosmetics, toiletries and perfumes. He was a long-term member of the UK & Ireland SCS and of the New York Chapter of the SCC, having joined the SCS in 1957 and the SCC in 1979.

Tony set up a publishing business, Micelle Press, in partnership with his wife Janet and wrote and published four books on cosmetic and toiletry ingredients: An Encyclopedia of Shampoo Ingredients, An Encyclopedia of Conditioning Rinse Ingredients and a two-volume work, A Formulary of Cosmetic Preparations (vol 1 Decorative Cosmetics, vol 2 Creams, Lotions and Milks), in 1993. He also published three books on perfumery, two of which – The Chemistry of Essential Oils (1996) by the late David Williams and An Introduction to Perfumery, 2nd edition (2001) by Tony Curtis and David Williams – have for many years constituted an invaluable learning resource for students enrolled on courses offered by the International Centre for Aroma Trades Studies.

Tony also found time to pursue his interests in Philosophy, Astronomy, Mathematics, Jazz and the Cinema and he invented several board games, including Molecules, based on chemical structures.